Dear readers, the Network Law Review is delighted to present you with this month’s guest article by Daniel F. Spulber, Elinor Hobbs Distinguished Professor of International Business and Professor of Strategy, Kellogg School of Management, and Professor of Law (Courtesy), Pritzker School of Law, Northwestern University.

Taking the first step in the FTC’s process depends on showing that inventions are essential inputs and that there is a need for Antitrust policy to assure access. This step attempts to revive the problematic essential facilities doctrine and extend that doctrine to inventions that are input to innovation. The Supreme Court in Trinko offered various critiques of the Antitrust essential facilities doctrine.8Verizon Communications Inc. v. Law Offices of Curtis V. Trinko, LLP, 540 U.S. 398 (2004). The courts have limited ability to implement access to traditional essential facilities. It is evident that the courts would have even less ability to implement access to new technologies.9Daniel F. Spulber and Christopher S. Yoo, Mandating Access to Telecom and the Internet: The Hidden Side of Trinko, Columbia Law Review, 107, December, No. 8, 2007, pp. 1822-1907. Characterizing physical facilities as essential is difficult enough, but identifying ideas, inventions, and technologies as essential raises additional concerns. There may be a scarcity of bridges across a river, but the creativity of competitors can generate multiple new technologies.

Third, the FTC Complaint in Illumina anticipates that withholding the new technology from competitors would diminish innovation. This step requires showing that a merged firm with in-house research and development (R&D) would decrease its inventive efforts after the merger. This step also would require showing that competitors of the upstream firm would decrease their R&D efforts after the vertical merger. In addition, this step would require showing that the merged firm and other downstream firms in the industry would end their “race” to develop innovative products. If the merged firm continued to license to competitors, its incentives for invention and innovation would continue undiminished after the merger. Competing upstream inventors or downstream innovators would have the incentive to develop technologies that replace and improve on that of the vertically integrated firm. This would result in greater innovative efforts overall.

Problems with the FTC’s Approach

Given these challenges faced by Antitrust policymakers, it should not be surprising that Judge Chappell’s Initial Decision concluded that the FTC did not make a convincing case. Judge Chappell found that the FTC failed to prove “that Illumina’s post-acquisition ability and incentive to foreclose or disadvantage Grail’s alleged rivals is likely to result in a substantial lessening of competition in the relevant market for the research, development, and commercialization of MCED tests.”10Initial Decision, at 2. The Initial Decision points out that if the merged firm raised prices or otherwise foreclosed competitors, competitors would have “counterincentives” to decrease their demand for the technology, which would harm the merged firm.11“A potential result of an attempt by Illumina to raise prices or otherwise foreclose or harm its MCED test developer customers is that these customers, as well as the non-MCED clinical testing customers who learned of any such attempt, would choose to no longer invest in current or future NGS applications on Illumina systems. F. 808. This could result in the loss of Illumina’s NGS sales for both MCED and non-MCED applications and would be contrary to Illumina’s stated strategy with the Acquisition to continue serving the NGS segment. F. 807. Complaint Counsel’s evidence does not sufficiently account for these counterincentives of Illumina, but merely assumes that, because Illumina recognizes that sequencing revenue will decline in the long term, and because Illumina seeks to shift toward more profitable clinical testing services, Illumina is motivated to harm its existing and future NGS customers in order to advantage Grail.” Initial Decision, at 174.

It is far from evident that the vertically integrated firm would decrease its in-house R&D. The vertically integrated firm might achieve synergies in combining upstream invention with downstream innovation, better tailoring inventions to the needs of downstream firms. The vertically integrated firm also might realize economies of scale by combining the R&D activities, thus increasing incentives for innovation. This brings to mind Schumpeter’s hypothesis that incentives to innovate can benefit from market concentration and economies of scale in R&D. Illumina argues that the merger will improve its innovation because it “can make GRAIL’s life-saving multi-cancer early detection test more available, more affordable, and more accessible – saving lives and lowering healthcare costs. As we continue to believe, this merger is pro-competitive and will accelerate innovation”.12Illumina Intends to Appeal European Commission’s Decision in GRAIL Deal, Press Release, September 6, 2022, https://www.illumina.com/company/news-center/press-releases/press-release-details.html?newsid=1ef95365-0ca9-4726-a683-37124b1116b5#:~:text=%22Illumina%20can%20make%20GRAIL’s%20life,competitive%20and%20will%20accelerate%20innovation.

Market developments cast doubt on each of the four steps in the FTC Complaint. These developments show that (1) Illumina’s technology is not essential, (2) the vertical merger would not foreclose competitors from the marketplace, (3) the vertical merger would not decrease innovation, and (4) the vertical merger would not diminish competition either among inventors or among innovators. According to a report, “[t]here have been enough next-generation sequencing (NGS) launches this year—both products and companies—to make even genomics’ aficionados heads spin”.13Julianna LeMieux, PacBio Hopes to Maroon the Competition by Unveiling Two New Instruments at ASHG, Genetic Engineering and Biotechnology News, October 25, 2022, https://www.genengnews.com/topics/omics/sequencing/next-generation-sequencing/pacbio-hopes-to-maroon-the-competition-by-unveiling-two-new-instruments-at-ashg/. Pacific Biosciences (PacBio) announced the launch of Revio, a “long-read” DNA sequencing platform that would be lower priced and higher throughput than competitors.14Deena Beasley, PacBio to launch new gene-sequencing systems, Reuters, October 25, 2022, https://www.reuters.com/business/healthcare-pharmaceuticals/pacbio-launch-new-gene-sequencing-systems-2022-10-26/. PacBio also announced the testing of Onso, a “short-read” DNA sequencing platform.15Pacific BioSciences, PacBio Announces Onso, the Highly Accurate Short-Read Sequencing Platform, News Release, October 25, 2022, Menlo Park, CA, https://www.pacb.com/press_releases/pacbio-announces-onso-the-highly-accurate-short-read-sequencing-platform/. According to a Reuters report, “Onso is expected to be available for ordering and shipping in the first half of 2023, when it would compete with short-read systems sold by sequencing giant Illumina Inc.”16Reuters, id. 2022.

As I emphasize elsewhere, Antitrust policy recognizes the increasing importance of innovation competition.17Daniel F. Spulber, Antitrust and Innovation Competition, 2022, Journal of Antitrust Enforcement, Vol. 10, https://academic.oup.com/antitrust/advance-article/doi/10.1093/jaenfo/jnac013/6593929. Considering innovation as a form of competition is displacing the traditional policy focus on market structure and short-term price competition. Competition requires innovation in products, production processes, transaction methods, and business strategies. The market value of corporations is driven primarily by intangible assets such as IP rather than plant and equipment. Advances in information and communications technology (ICT), the Internet of Things (IoT), Artificial Intelligence (AI), and other technologies have changed the nature of competition.

The increasing emphasis on innovation in Antitrust has affected merger policy. Antitrust policymakers in both the US and the European Union (EU) have considered innovation in merger reviews.18Petit, Nicolas, 2019, Innovation Competition, Unilateral Effects, and Merger Policy, Antitrust Law Journal, 82-3, pp. 873-919. The EU “innovation theory of harm” focuses on horizontal mergers and considers whether combining R&D projects would reduce innovation.19Todino, Mario, Geoffroy van de Walle, and Lucia Stoican. EU Merger Control and Harm to Innovation—A Long Walk to Freedom (from the Chains of Causation). The Antitrust Bulletin 64, no. 1, 2019, pp. 11-30.

There are many motivations for vertical mergers. Vertical mergers may improve the effectiveness of both invention and innovation by allowing greater coordination. Antitrust policy should consider competition among inventors when evaluating vertical mergers.20Daniel F. Spulber, Competing Inventors and the Incentive to Invent, 2013, Industrial and Corporate Change, Volume 22 (1), February, pp. 33-72, doi: 10.1093/icc/dts013. I suggest elsewhere that firms may have incentives to vertically integrate R&D and production to increase appropriability when IP protections are not sufficiently strong.21Daniel F. Spulber, How Do Competitive Pressures Affect Incentives to Innovate when there is a Market for Inventions?, 2013, Journal of Political Economy, 121, 6, December, pp. 1007-1054. Antitrust policy should favor strengthening IP protections, which support competition in the market for inventions and thus increases incentives to invent and innovate. This implies that Antitrust policy and IP protections are complementary.22Spulber, Journal of Political Economy, id.

Interactions between innovation and vertical mergers have important implications for public policy. The FTC began a re-evaluation of Antitrust policy toward vertical mergers including consideration of how vertical mergers affect innovation. The FTC withdrew the Vertical Merger Guidelines (VMGs) of 2020.26Federal Trade Commission Withdraws Vertical Merger Guidelines and Commentary, September 15, 2021, https://www.ftc.gov/news-events/news/press-releases/2021/09/federal-trade-commission-withdraws-vertical-merger-guidelines-commentary; The 2020 Vertical Merger Guidelines are here: https://www.ftc.gov/system/files/documents/public_statements/1580003/vertical_merger_guidelines_6-30-20.pdf. According to an FTC statement, innovation was a consideration: “The VMGs correctly acknowledge that non-price elements of competition such as product quality and innovation must be considered, but did not provide a framework for how these non-price factors would be assessed, instead highlighting quantitative models of price effects.”27Statement of Chair Lina M. Khan, Commissioner Rohit Chopra, and Commissioner Rebecca Kelly Slaughter on the Withdrawal of the Vertical Merger Guidelines Commission File No. P810034 September 15, 2021, https://www.ftc.gov/system/files/documents/public_statements/1596396/statement_of_chair_lina_m_khan_commissioner_rohit_chopra_and_commissioner_rebecca_kelly_slaughter_on.pdf. This implies that the FTC intends to change Antitrust policy toward vertical mergers by increasing emphasis on potential innovation.

The author is grateful for research support from Qualcomm and the Kellogg School of Management. 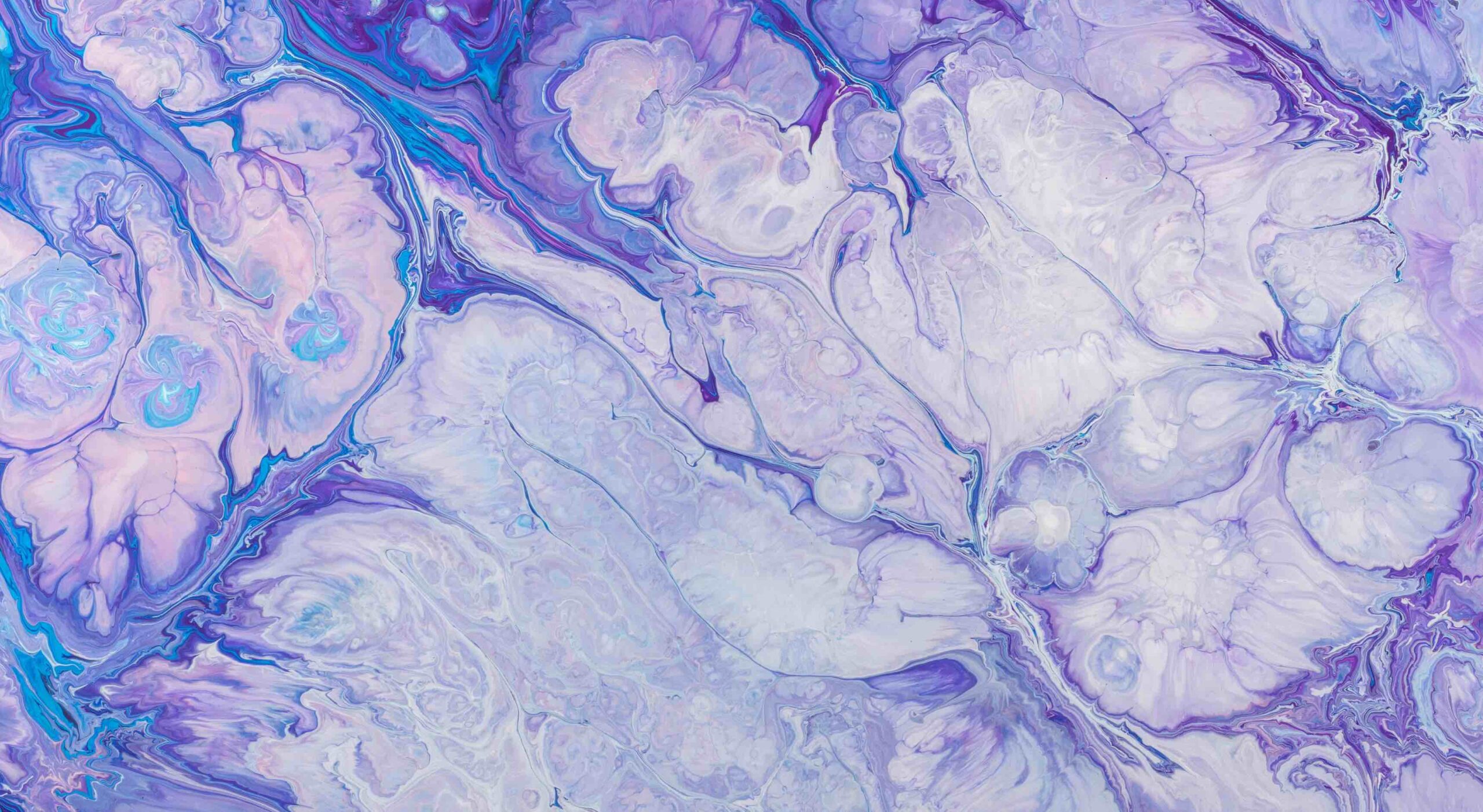