In this video, I want to explain how blockchain can suffer from collusion, and what to do about it.

First, let me take two minutes to start with the basics of collusion. Described as “the supreme evil of antitrust”, they make the majority of antitrust cases. As I explained in a previous video, a collusion is an agreement between at least two economic entities. This agreement needs not to be in a written form; it can be tacit. With that in mind, not all collusions are illegal, but they are when they centralize the market by eliminating competition or, to quote the US Supreme Court, to eliminate “the possibility of independent action”. The same logic applies across all jurisdictions.

Now, a first question I need to answer before entering blockchain is whether a blockchain can, in and of itself, be a collusion? After all, blockchains gather economic agents under the same rules. If the answer is positive, blockchains shall be prohibited, and we shall not be required to study subsequent questions. Here, I need to distinguish between public and private blockchains and analyze whether the creation of such blockchains can negatively impact the market.

I start with public blockchains which are… public. This means the information it contains is accessible to everyone. And this matters very much in the antitrust analysis. Generally, the exchange of public information is not considered an infringement of antitrust rules because it does not help competitors coordinate. The exchange of “future prices or strategies” is more problematic in U.S. and E.U. competition law, but public blockchain does not display those. In a nutshell, public blockchains are agreements but not anti-competitive ones. This does not mean that it cannot be used for anti-competitive purposes, but its sole existence shall escape antitrust law.

As far as the operation of blockchains goes, I see three fundamental types of decisions. (1) The first relates to entry. Public blockchains are open-door; they don’t create problems. Private blockchains are closed doors, so they create an antitrust concern. But that’s not all. Entry to facilities outside the blockchain can also create antitrust issues. The very first case of blockchain antitrust (Gallagher v. Bitcointalk.org, 2018) is about that. In this case, a blockchain developer named Ryan Gallagher was kicked out of the bitcointalk.org forum. He argued that it then became impossible for him to access great blockchain developers, put a new blockchain out there, and compete with Bitcoin. He said bitcointalk.org colluded with the Bitcoin foundation and infringed antitrust law. Long story short, Ryan Gallagher lost his case for different reasons. In any case, it would have been extremely hard to prove that access to this one forum was essential to compete. But the logic is interesting. Access to outside blockchain infrastructure can have an impact inside the chain. I expect more cases of this nature.

(2) The second practice concerning blockchain operation concerns the consensus. The consensus embodies the rules according to which blockchain transactions can be validated. Although no consensus mechanism should be anticompetitive in itself, I believe that some of them can facilitate the emergence of anticompetitive practices. Let me make my points by discussing two of them. As I previously explained, Proof of Work requires important computational power. This leads blockchain miners to create pools, which are often recorded companies. These companies have an email address, phone number, etc. They can easily identify each other, and coordinate. Proof of stake prioritizes users with the most tokens. Although blockchain users can see where tokens are located, they often do not know who is behind the wallet, and therefore, how to get in touch with them. Collusion is less likely.

OK, we now enter the last part of this video: blockchain modification. Here also, I see three types of decisions. (1) The first relates to the core client. Core developers could be tempted to propose modifications to it in a way to collude with another blockchain or benefit their own interest while hurting all the other blockchain participants. As I explained, core developers cannot change the code on their own, but they can strongly influence modifications. If I take Bitcoin as an example, they release Bitcoin Improvement Proposals, and blockchain participants can vote by raising flags. The more computational power, the more flags a user has. This could amount to collusion. And in the case of a private blockchain, core developers can often change the rules as they please. Implementing practices that benefit only them is much easier. In different words, lawyers need to understand the technical functioning of each blockchain.

Let me give you a concrete example of why this is key. In late 2019, four lawsuits were filed by crypto investors over alleged manipulation of the cryptocurrency Tether and the exchange Bitfinex. According to the plaintiffs, Tether issued 2.8 billion tether tokens between 2017 and 2018 with the ambition to flood the Bitfinex exchange. Tether core developers argued at the time that one Tether equaled one USD, when, in fact, this wasn’t true. The CFTC already sanctioned them in September 2021 for misleading investors about that. But in fact, after this was revealed in 2018, the bubble eventually burst, and $466 billion in value was lost in less than a month. The people who invested in crypto right before are now suing Tether under Section 2 of the Sherman Act for over $1.4 trillion in (treble) damages. This is how important blockchain design can be, and how big blockchain antitrust is.

(2) The second type of blockchain modification relates to forks. A fork occurs when the rules are changed. If all participants agree on the change, they all update their software to the new version and keep using the same blockchain. But if part of blockchain participants do not agree, they will keep following the original rules while other participants will follow the new ones. In such a scenario, the blockchain will split into two separate blockchains.

Here again, a case, United American Corp. v. Bitmain, helps us better understand the issues at stake United American Corp. v. Bitmain. Users of the bitcoin cash blockchain disagreed on the size of the blocks. Some wanted few transactions per block as it requires less computing power to validate and decentralize mining activities. Others wanted larger blocks to facilitate blockchain scalability by ensuring that transactions are validated faster. So… they forked the blockchain and applied new rules to their version. Within minutes, the company Bitmain redirected its mining power toward that new version. The objective, it seems, was to exceed United American Corp.’s mining power and thus to motivate a majority of users to join the new chain. They eventually succeeded. Users of the original chain sued users of the new one, arguing they infringed antitrust laws by colluding. After all, several users came together, forked the blockchain on purpose, and divided the original value. But the Court dismissed all the claims. As it appears in the decision, the plaintiff could not show that the group who forked the blockchain and Bitmain ever had an agreement. This was the end of the case, but let us push the logic further. Even in the presence of an agreement, would it be anticompetitive? Well, in my view, it depends. When blockchain participants fork a blockchain and create a split because other users resist the fork, they are creating new competition. This can’t be anti-competitive in itself. However, the fork can be anticompetitive when it is proven successful not because blockchain participants are adopting it, but because of manipulation. For example, should participants rent computing power for just a few days — time to convince the fork is successful and that everyone should move to it — I could see why the fork would be anticompetitive, not in itself, but because of how it is implemented.

Okay, time to move on to the last item of this rich video and(3) discuss blockchain applications. Let me tell you a quick story. In June 2016, someone discovered a vulnerability in the smart contract governing The DAO, a decentralized autonomous organization. One user seized over 3.6 million Ether; but thanks to The DAO design, these tokens had been frozen for 28 days before being permanently transferred. A debate ensued within the Ethereum community regarding the necessity to fork the blockchain and change the smart contract. A vast majority agreed, the blockchain was forked, and the stolen tokens were recovered. That story is interesting because it shows that changes in blockchain infrastructure impact upper levels. One can imagine that it won’t always be done to protect blockchain’s best interest, but, sometimes, to abuse it. This will open the door to antitrust enforcement. 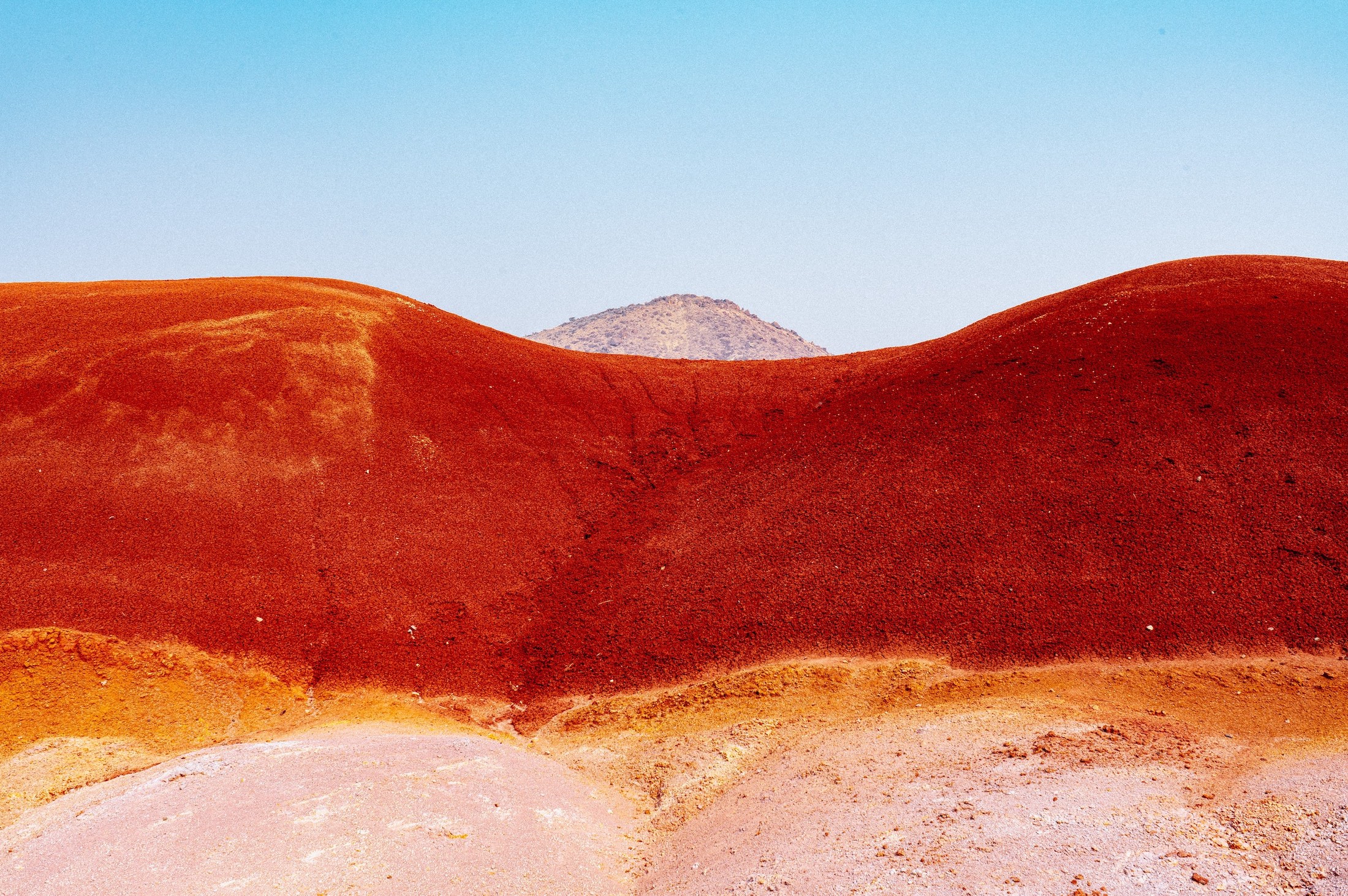 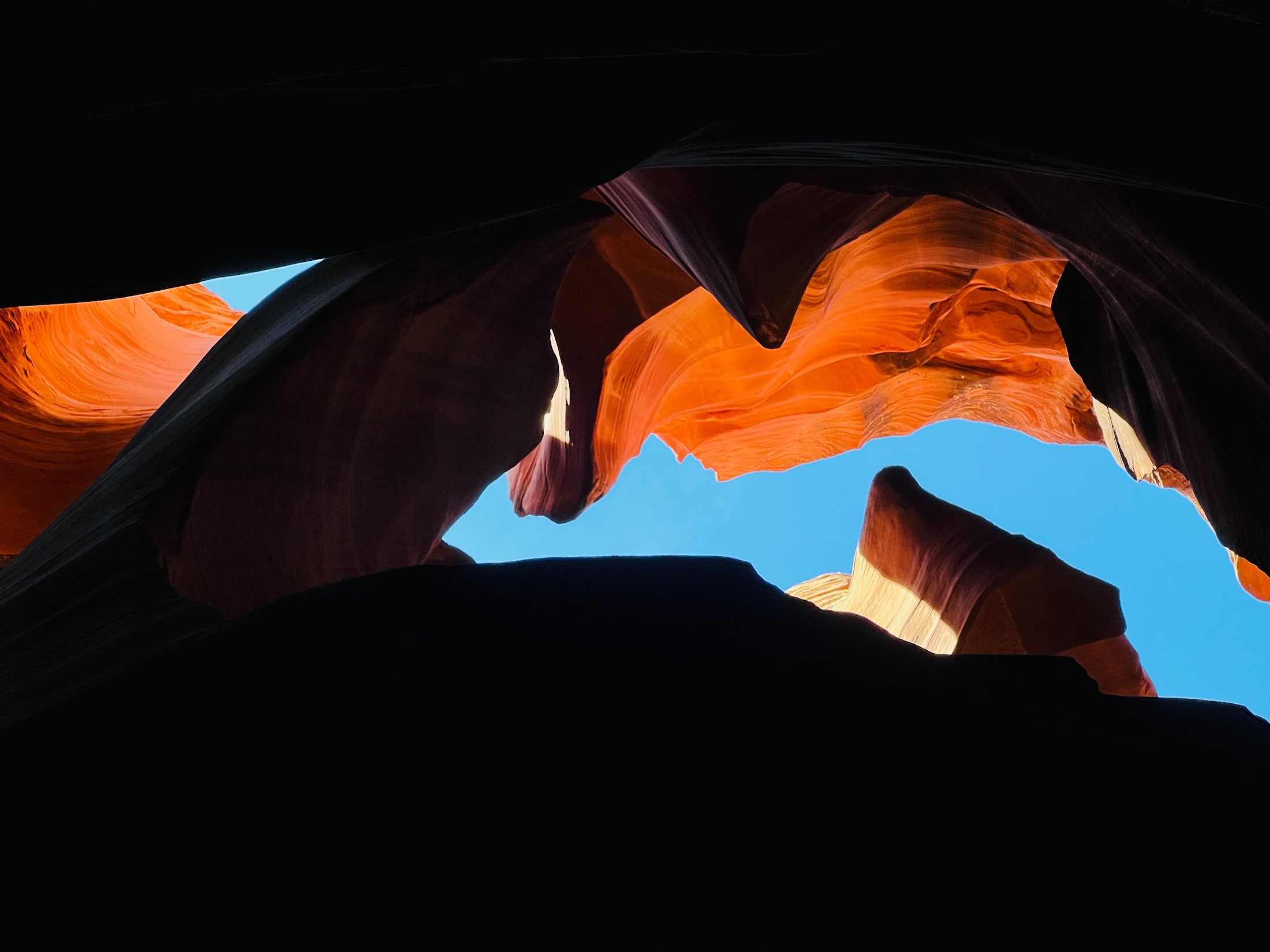 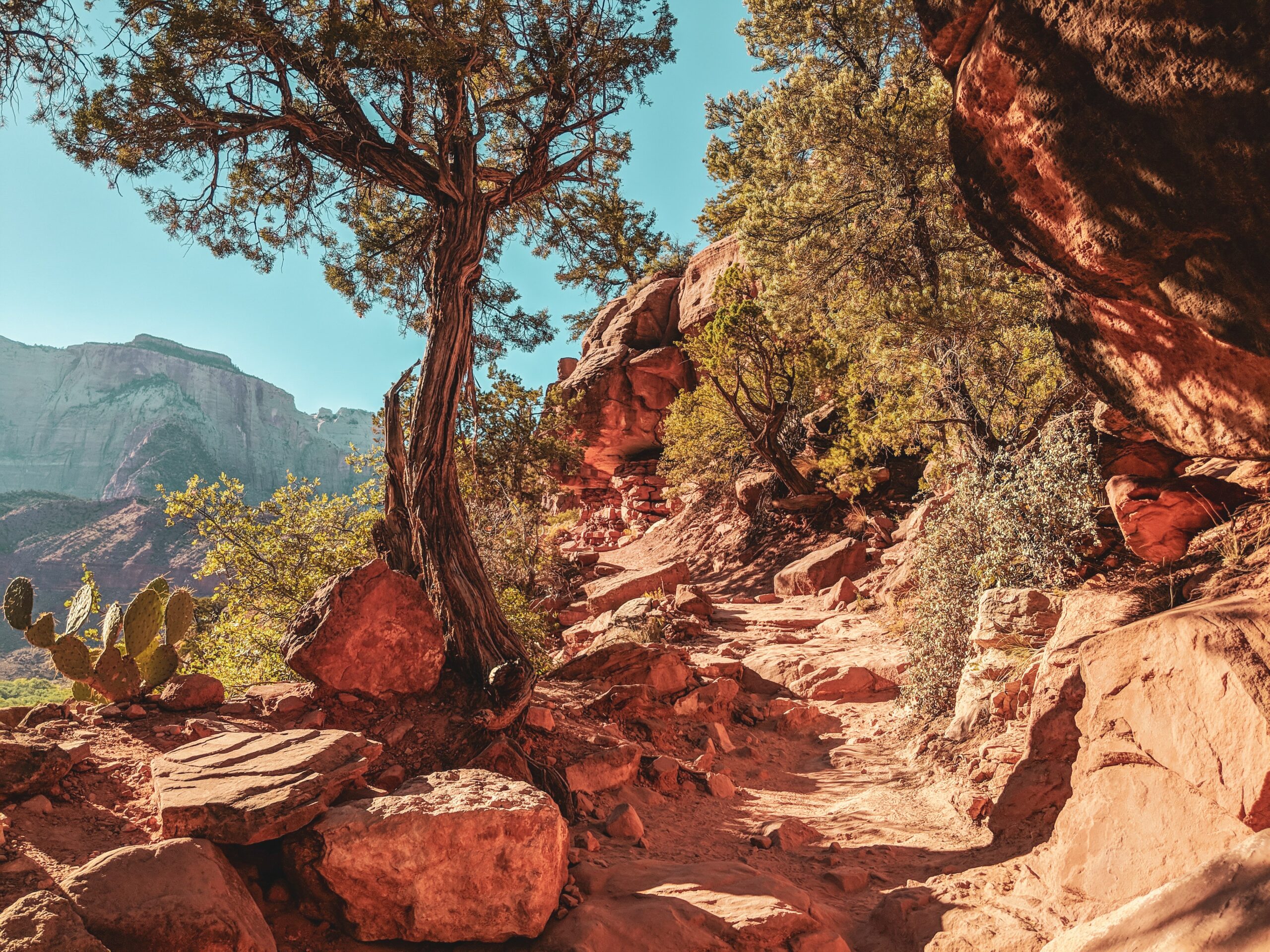 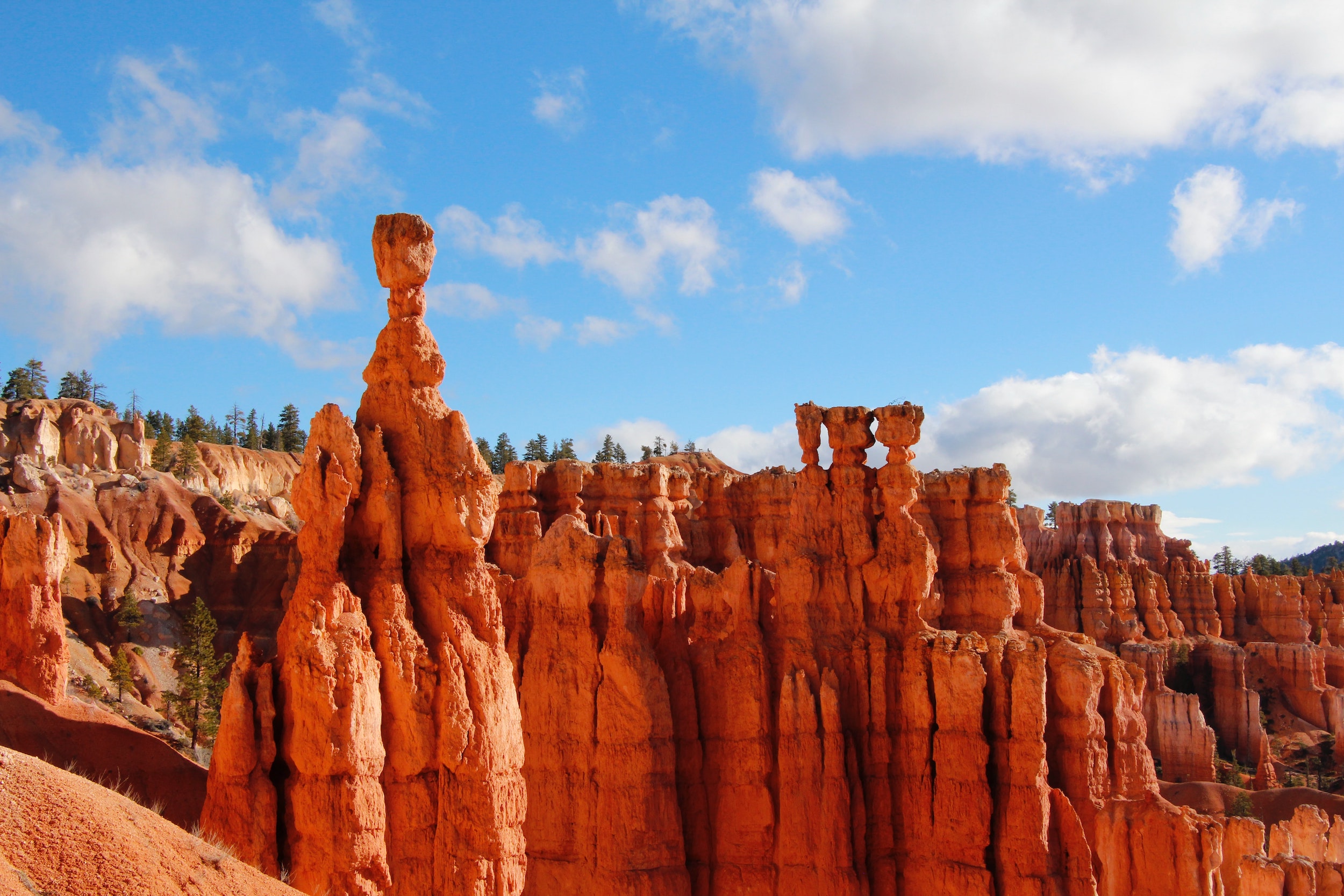 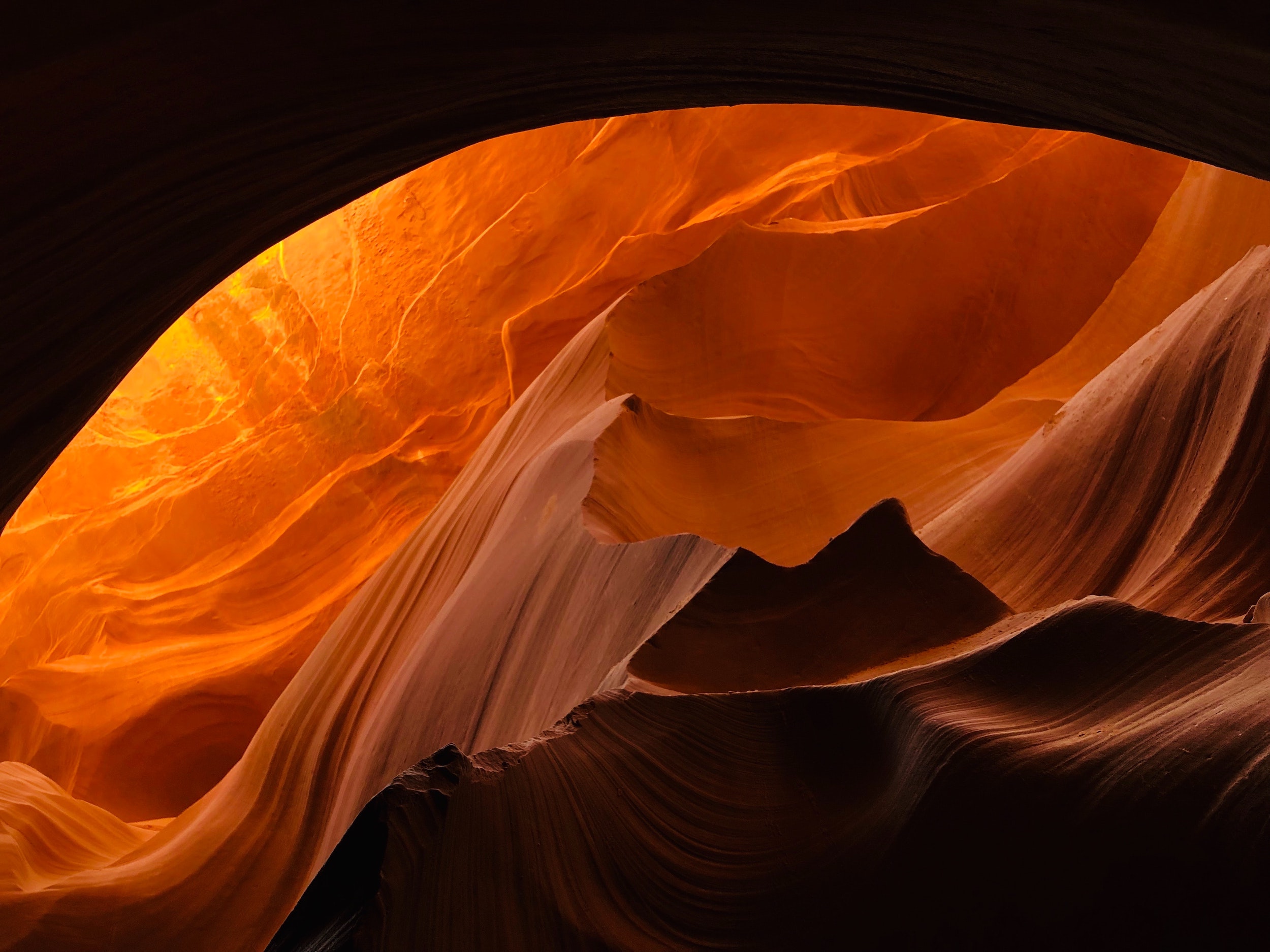