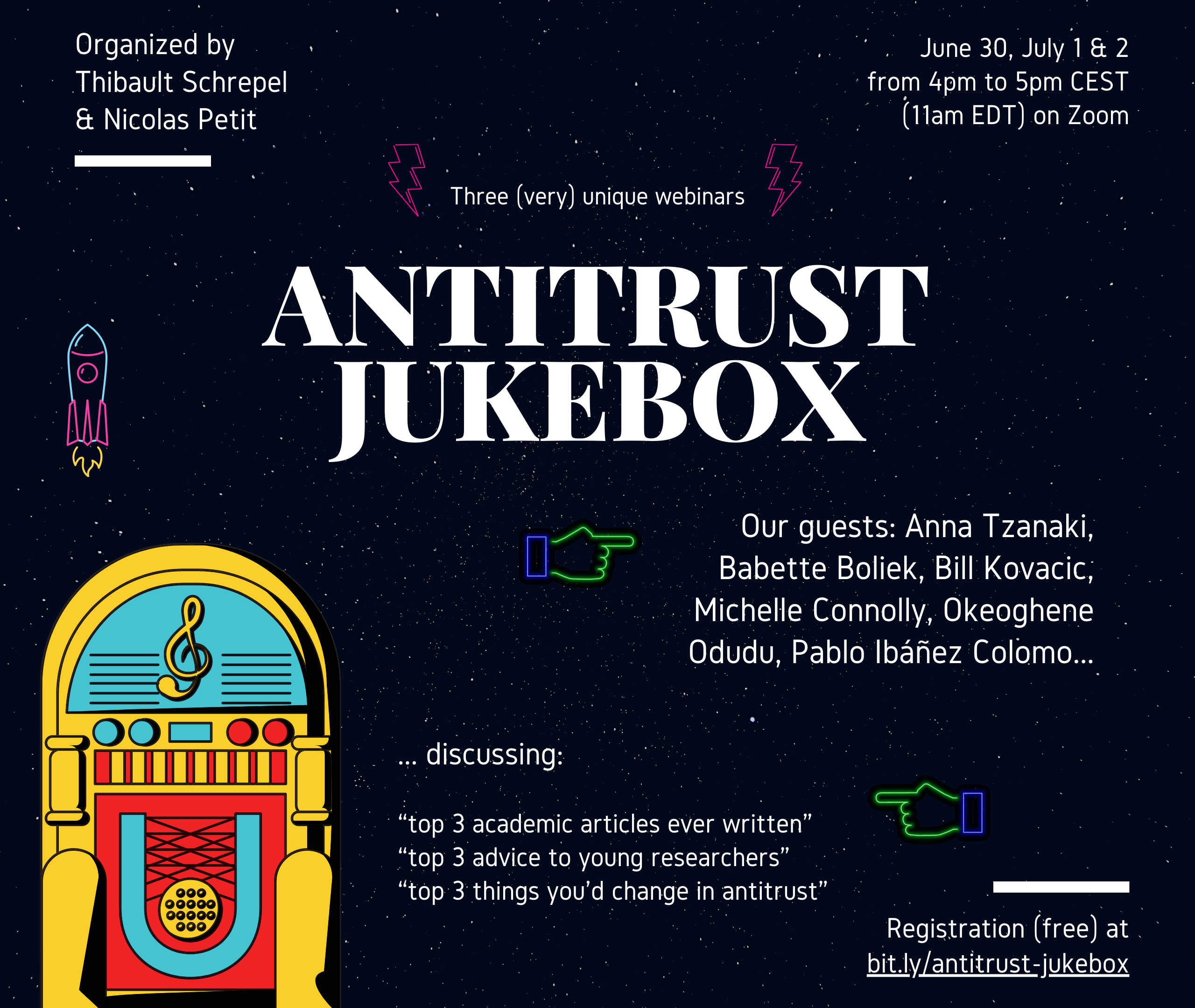 Nicolas Petit and I are pleased to welcome you to the Antitrust Jukebox. During three (very) unique webinars, we will question our (very) special guests on their top 3 academic articles ever written, their top 3 advice to young researchers, and their top 3 things they’d change in antitrust. It will be both friendly and informative. Join us!