I am very pleased to introduce a new paper entitled “The Democrats’ “Better Deal” is Neither Better Nor a Deal” that Dan Crane (Michigan Law) and I have co-wrote.

As you probably know, in July 2017, U.S. Congressional Democratic leadership released a policy plank entitled “Better Deal” in which they proposed a radical reinvention of antitrust law. As a partisan blueprint for a populist political agenda, the Better Deal may have some appeal, but most of its ideas are either ill-conceived or poorly structured.

In our paper, we show first why it would be a bad idea to adopt a “big is bad” policy for the purpose of spurring innovation and that merger review should not be concerned with “fairness,” despite what the “Better Deal’s” argue. The “Better Deal” also contemplates that the agencies would continuously scrutinize consummated mergers in order to bring post-consummation challenges to deals that, with hindsight, turn out to be anticompetitive, even if such effects occur years down the road. That is no way to run a merger system and we make a case for a different – more scientific – approach. Lastly, we uphold that more control does not mean more competition. Let antitrust be about evidence!

In short, we argue that policy proposals should be grounded in facts rather than rhetoric. And here is the real oddity of the “Better Deal:” the Progressive wing of the political spectrum has long accused the conservative wing of being not only unscientific, but antiscientific. But the apparent call of the “Better Deal” is to replace a long-standing tradition of bipartisan, empirically-oriented antitrust enforcement with a “Curse of Bigness” regime that panders to prejudice rather than adhering to fact. We can do better.

The article is available freely at this link: HERE 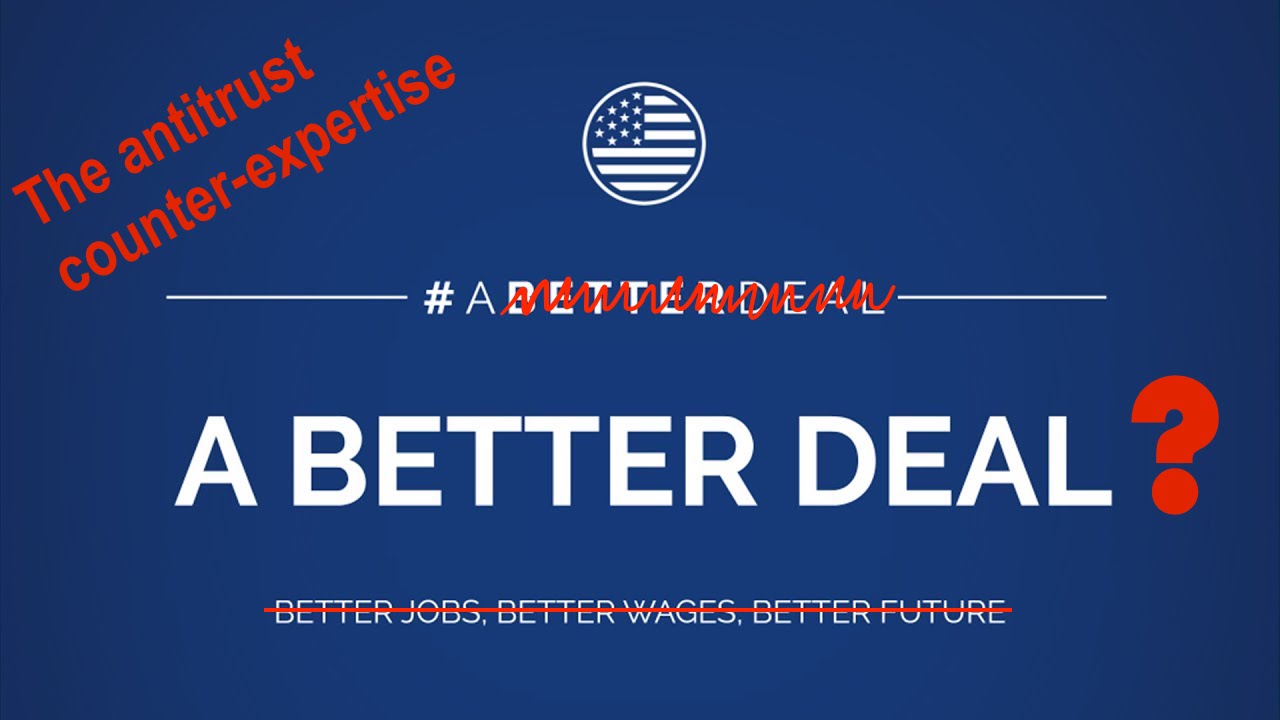