Codex Future Law 2022 conference has been fantastic in several respects. The world’s top experts in computational law gathered on the campus of Stanford University for several days to talk about computational contracts, contract elasticity, the metaverse, blockchain-based legal solutions, and more. Larry Lessig sat on a panel moderated by the great Harry Surden, shared his views on the digital economy, and advanced a new slogan “we need to obsess about”: “business models eat law.” 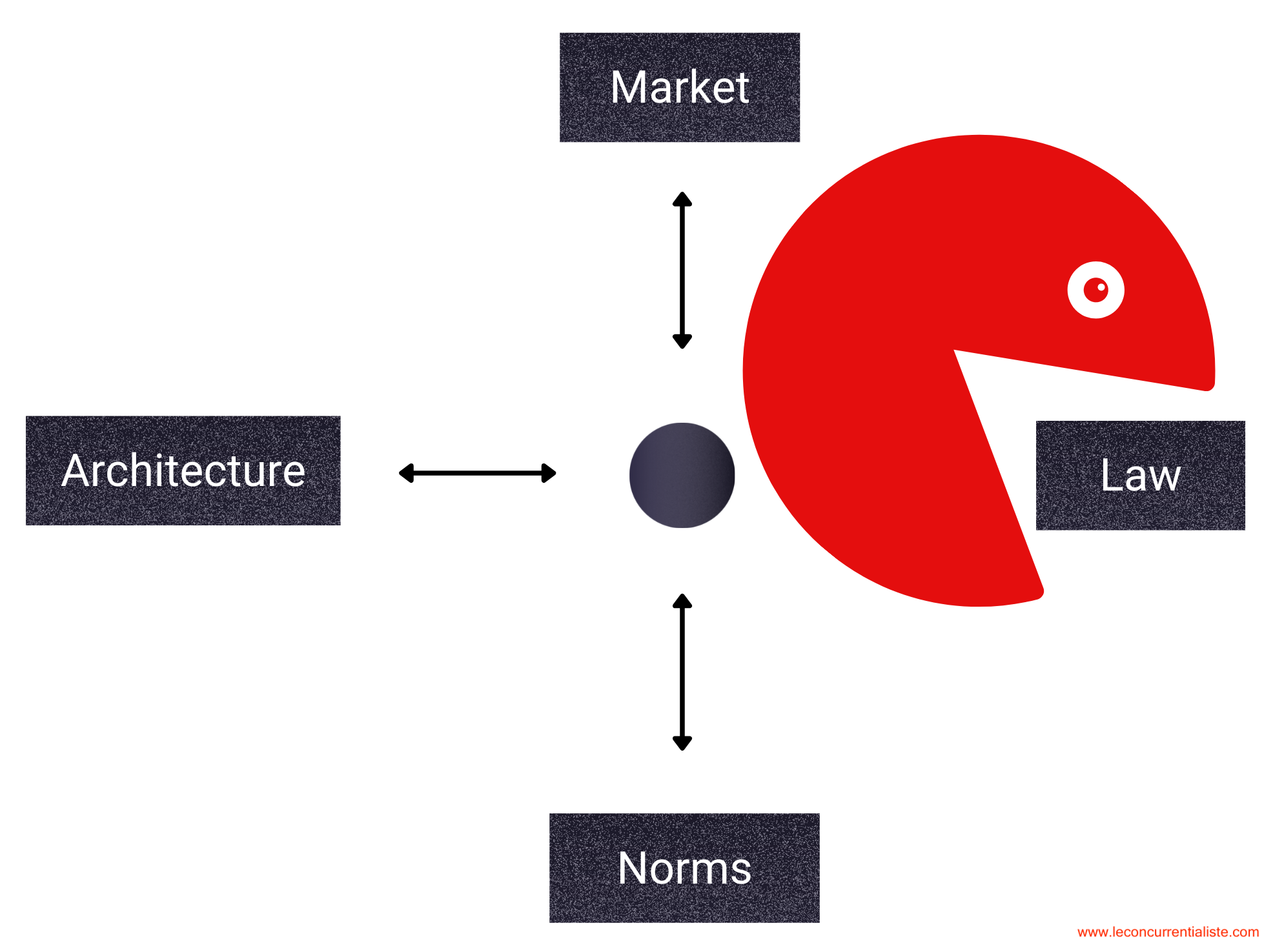 I couldn’t agree more. Tech companies have designed business models that (partially) escape their control (see my take on it). Because control equals liability, popular online aggregators escape (part of) legal obligations. The recently voted Digital Services Act shows the limit imposed by business models to regulators. It reads: “Very large online platforms should deploy the necessary means to diligently mitigate the systemic risks identified in the risk assessment” (§58). Because tech companies cannot always identify illegal content before publication, the European Commission imposes an “obligation of means” rather than an “obligation of result.” In turn, tech companies escape legal obligations imposed on non-tech companies… because of technical reasons.

The new maxim offered by Lessig begs for targeted policies. Business models do not have to lead society in a direction that does not maximize the increase of the common good (i.e., total welfare). Business models can generate positive externalities without requiring the design of legal rules and standards, the costs associated with monitoring and enforcement, etc. Business models can help.

Public permissionless blockchains make a great example of a technology coupled with a governance mechanism that increases total welfare. These blockchains do not have a single pilot in the cockpit. They benefit from network effects, but no single entity can take them in an anti-competitive direction. No one can leverage the power of network effects against individual users. I explore this logic in “Blockchain + Antitrust” and argue that antitrust agencies should engage in a pro-blockchain policy because the technology decentralizes economic opportunities.

In short, the fact that “business models eat law” is a reality that we can leverage toward positive outcomes. To start with, I (would) advise governments and agencies to stop the “technology-neutral” gimmick and implement pro-blockchain programs.